Beranda » Educational News » What did Swami Vivekananda say in his discourse at the Dharmasabha in Chicago?

What did Swami Vivekananda say in his discourse at the Dharmasabha in Chicago?

What did Swami Vivekananda say in his discourse at the Dharmasabha in Chicago? 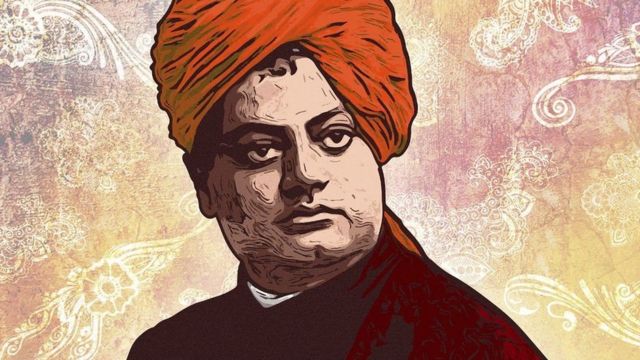 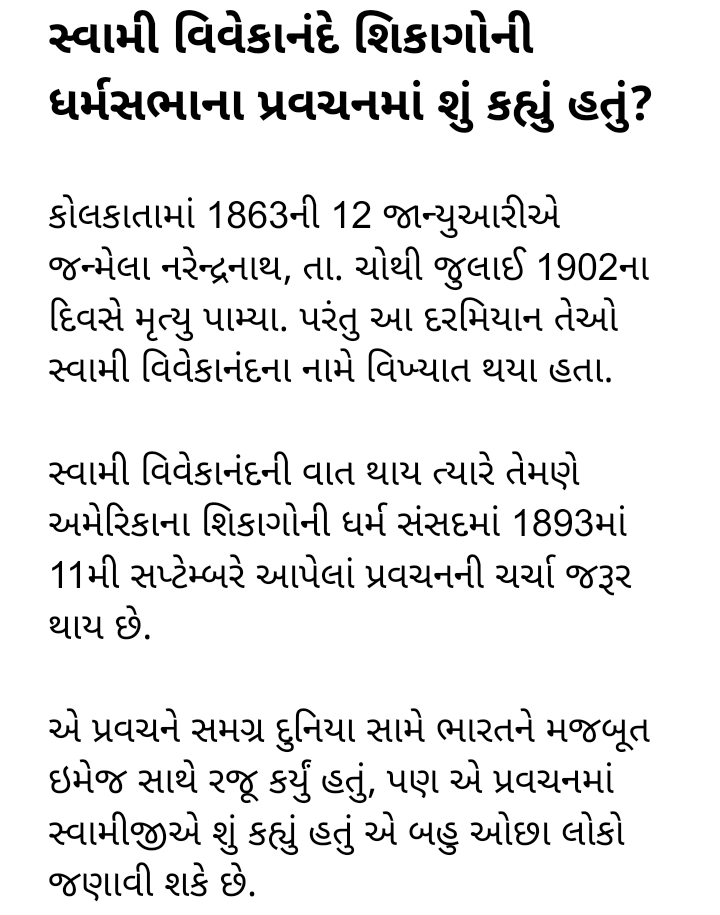 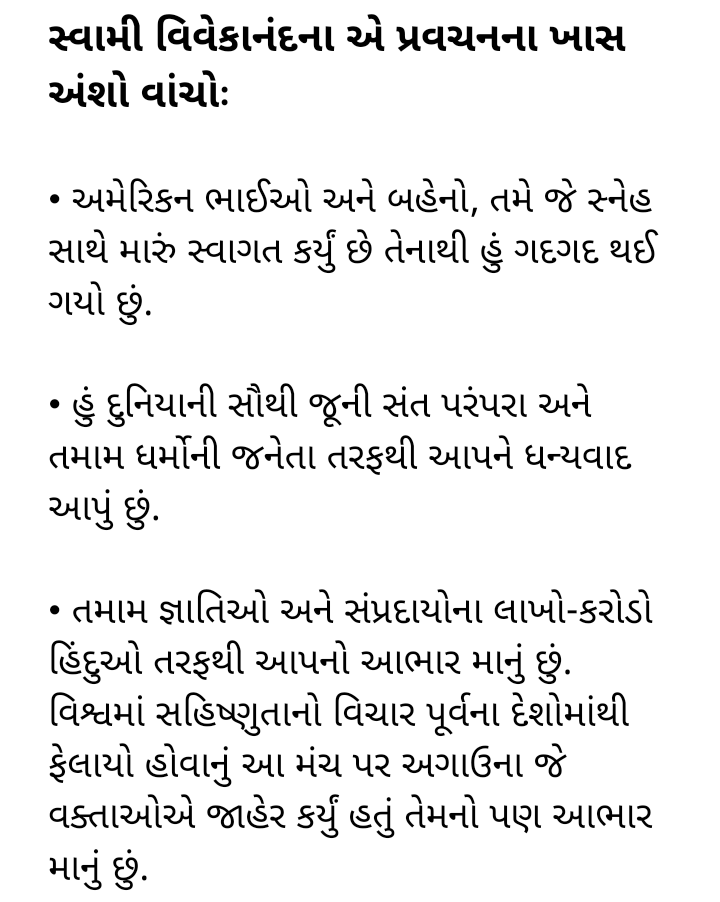 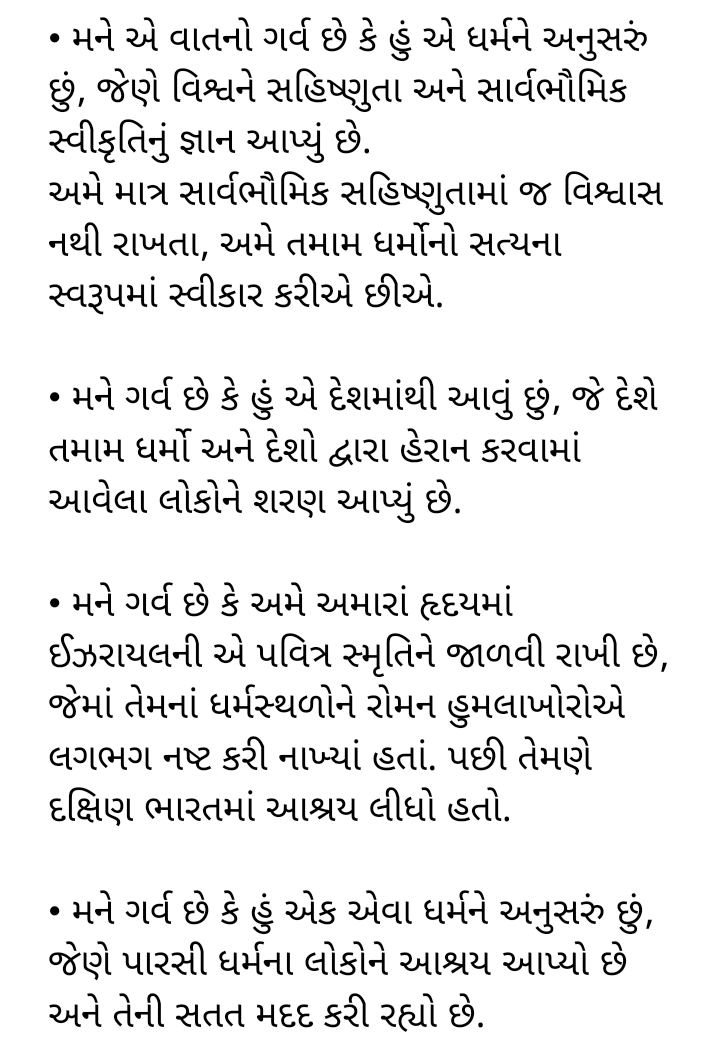 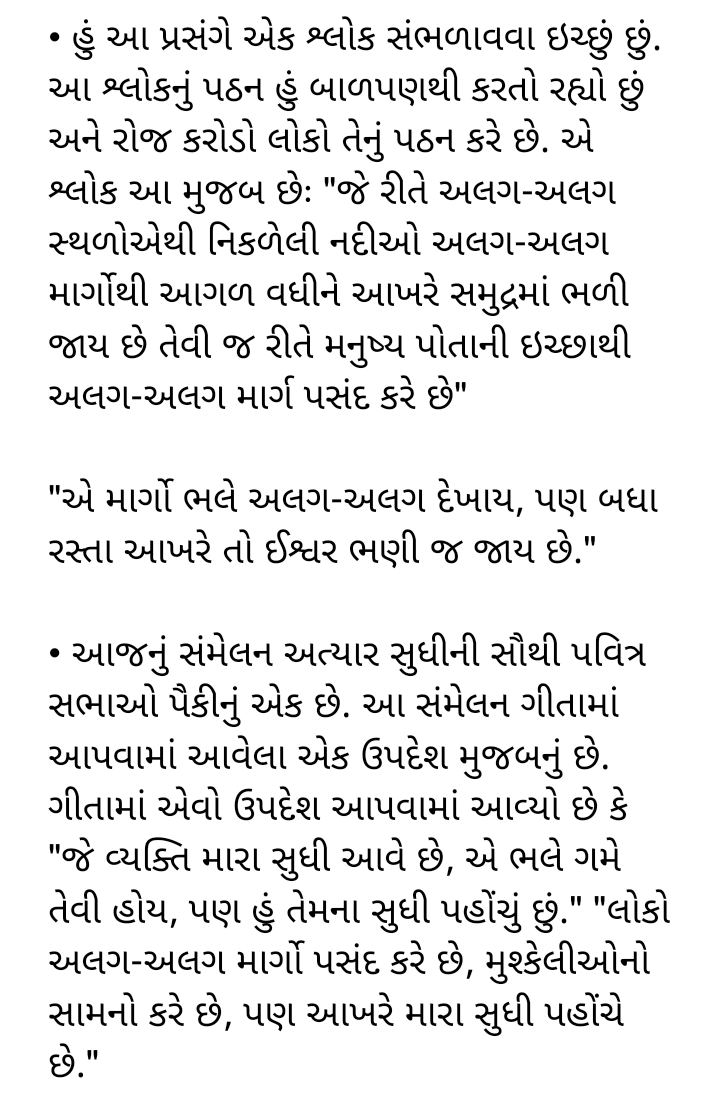 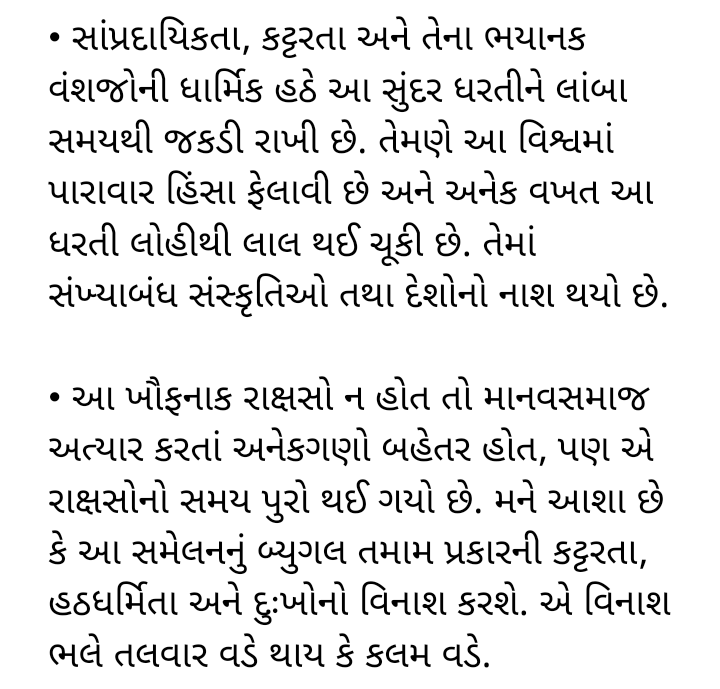 When it comes to Swami Vivekananda, his September 11, 1893 speech at the Chicago Parliament of Religions in the United States needs to be discussed.

That discourse presented India with a strong image in front of the whole world, but very few people can tell what Swamiji said in that discourse.

• American brothers and sisters, I am overwhelmed by the warmth with which you have welcomed me.

• I thank you on behalf of the world's oldest saint tradition and the people of all religions.

• Thank you from millions of Hindus of all castes and sects.

• I would also like to thank the previous speakers on this forum for spreading the idea of ​​tolerance in the world from the East.

• I am proud to say that I follow a religion that has given the world the knowledge of tolerance and universal acceptance.

• We not only believe in universal tolerance, we accept all religions in the form of truth.

• I am proud to be from a country that has given refuge to people who have been harassed by all religions and nations.

• I am proud that we have in our hearts the sacred memory of Israel, in which their shrines were almost destroyed by Roman invaders. He then took refuge in South India.

• I am proud to follow a religion that has given shelter to the people of Parsi religion and is constantly helping them.

• I would like to recite a verse on this occasion. I have been reciting this verse since childhood and millions of people recite it every day. The verse reads: "In the same way that rivers flowing from different places pass through different paths and eventually merge into the sea, so man chooses a different path of his own free will."

• "Even if those paths look different, all the paths eventually go to God."

• Today's convention is one of the holiest ever held. This convention is based on a sermon given in the Gita. The Gita teaches that "whoever comes to me, no matter what, I reach out to him." "People choose different paths, face difficulties, but eventually reach out to me."

• Sectarianism, bigotry and the religious obstinacy of its horrible descendants have long held this beautiful land. He has spread paramilitary violence in this world and many times this earth has turned red with blood. It has destroyed a number of cultures and countries.

• If it weren't for these horrible monsters, human society would be many times better than it is now, but the time of those monsters is over. I hope that the bugle of this convention will destroy all forms of bigotry, bigotry and misery. Destruction may be by sword or pen.