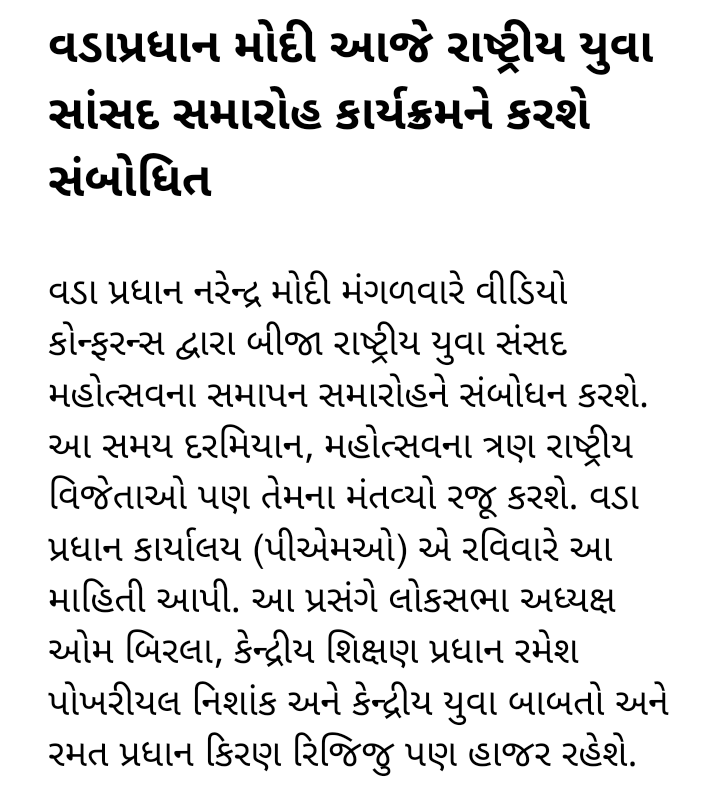 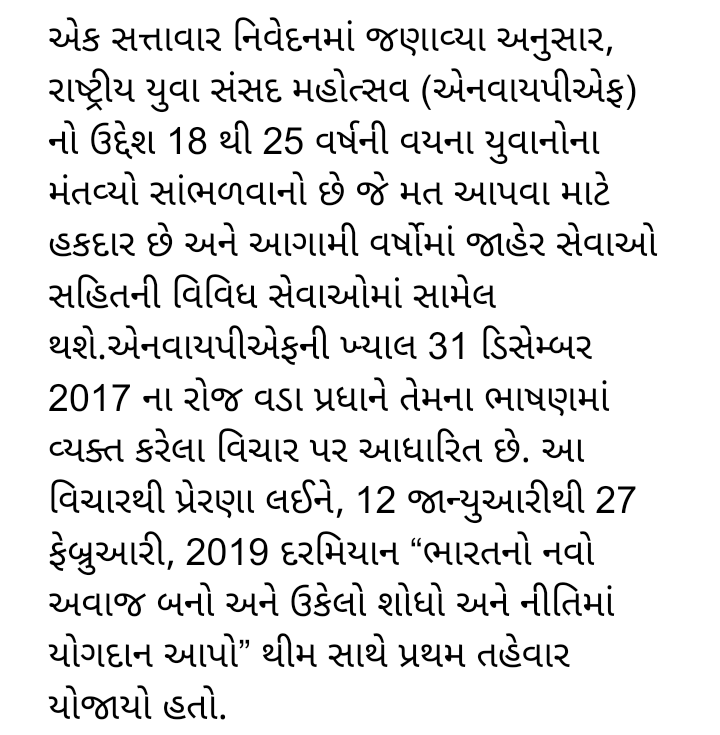 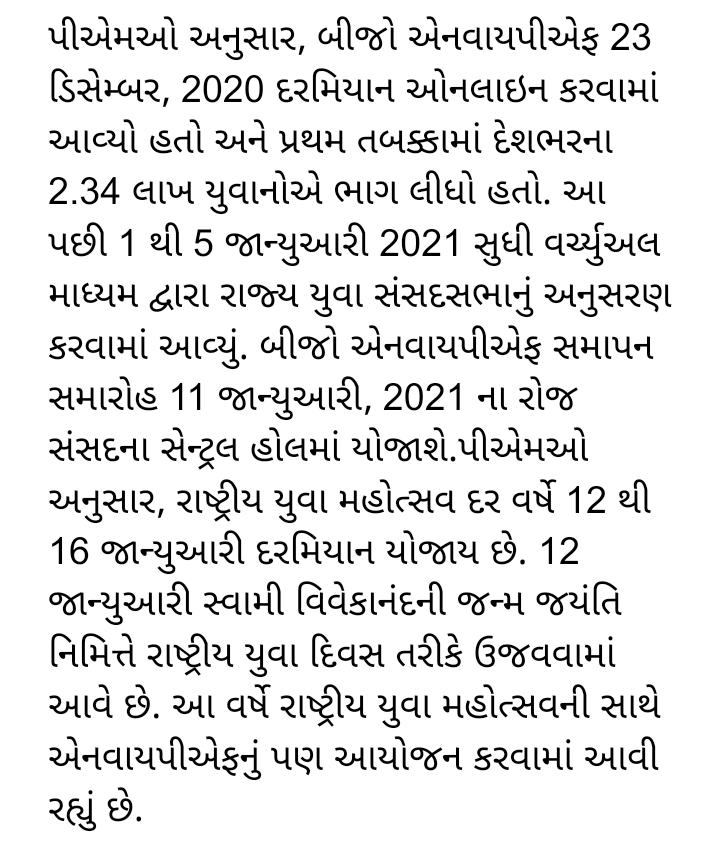 Prime Minister Narendra Modi will address the closing ceremony of the Second National Youth Parliament Festival on Tuesday via video conference. During this time, the three national winners of the festival will also present their views. The Prime Minister's Office (PMO) said this on Sunday. Lok Sabha Speaker Om Birla, Union Education Minister Ramesh Pokhriyal Nishank, and Union Youth Affairs and Sports Minister Kiran Rijiju will also be present on the occasion.

According to an official statement, the National Youth Parliament Festival (NYPF) aims to hear the views of youth between the ages of 18 and 25 who are eligible to vote and will be involved in various services, including public services, in the coming years. Based on the idea expressed in his speech. Inspired by this idea, the first festival was held from January 12 to February 27, 2019, with the theme “Be the New Voice of India and Find Solutions and Contribute to Policy”.

According to the PMO, the second NYPF was conducted online on December 23, 2020, and the first phase was attended by 2.34 lakh youth across the country. This was followed by the state youth parliament through virtual media from 1 to 5 January 2021. The second NYPF Closing Ceremony will be held on January 11, 2021, in the Central Hall of Parliament. According to the PMO, the National Youth Festival is held from January 12 to 16 every year. January 12 is celebrated as National Youth Day to mark the birth anniversary of Swami Vivekananda. NYPF is also being organized along with the National Youth Festival this year.