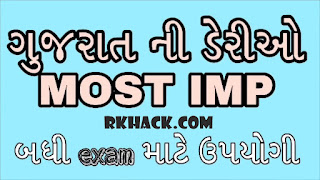 Amul is an Indian dairy cooperative society, based at Anand in the Indian state of Gujarat. Formed in 1946, it is a cooperative brand managed by a cooperative body, the Gujarat Co-operative Milk Marketing Federation Ltd. (GCMMF), which today is jointly owned by 36 lakh (3.6 million) milk producers in Gujarat. Amul spurred India's White Revolution, which made the country the world's largest producer of milk and milk products.

Amul was spearheaded by Tribhuvandas Patel under the guidance of Sardar Vallabhbhai Patel. As a result, Kaira District Milk Union Limited was born in 1946 (later renamed Amul). Tribhuvandas became the founding chairman of the organization and led it until his retirement in the 70s. He hired Dr. Verghese Kurien in 1949. He convinced Dr. Kurien to stay and help with the mission. Under the chairmanship of Tribhuvandas, Dr. Kurien was initially the general manager and helped guide the technical and marketing efforts of Amul. Dr. Kurien was the chairman of Amul briefly after Tribhuvandas Patel died in 1994.

Kurien, founder-chairman of the GCMMF for more than 30 years (1973–2006), is credited with the success of Amul's marketing. Amul has ventured into markets overseas.

The Mehsana District Cooperative Milk Producers' Union Ltd., popularly known as Dudhsagar Dairy, is a member of the state-level Gujarat Cooperative Milk Marketing Federation, Anand. Dudhsagar Dairy is the largest dairy in Asia, processing on an average 1.41 million kilograms of milk each day. It has established a network for procuring milk from 450,000 milk producers through 1150 village milk cooperatives.

Today, Dudhsagar Dairy has a membership of over 520,000 dairy farmers. Its consolidated turnover in 2012-13 was more than Rs. 34 billion. The union procured 614.7 million kg of milk during 2012-13 at an average milk procurement of 3.2 million kg of milk per day during peak season.