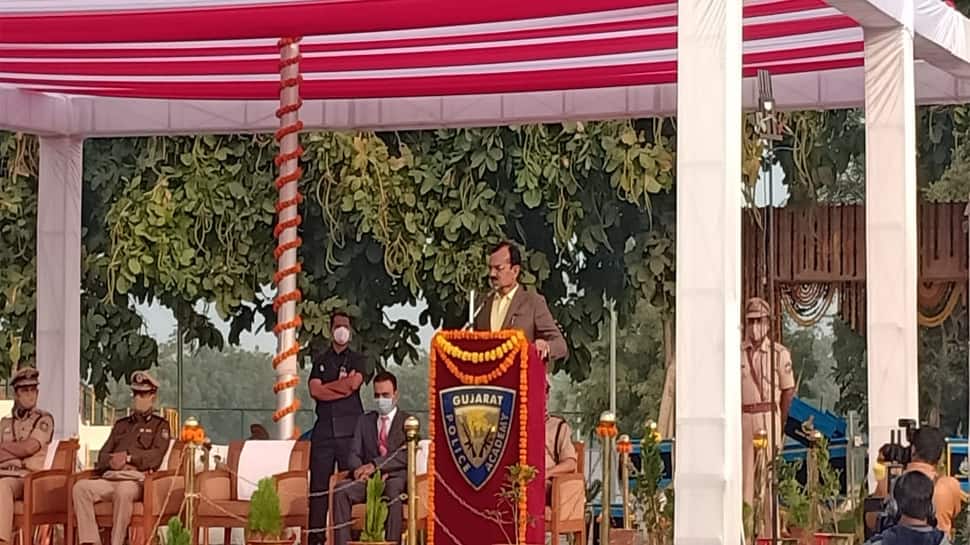 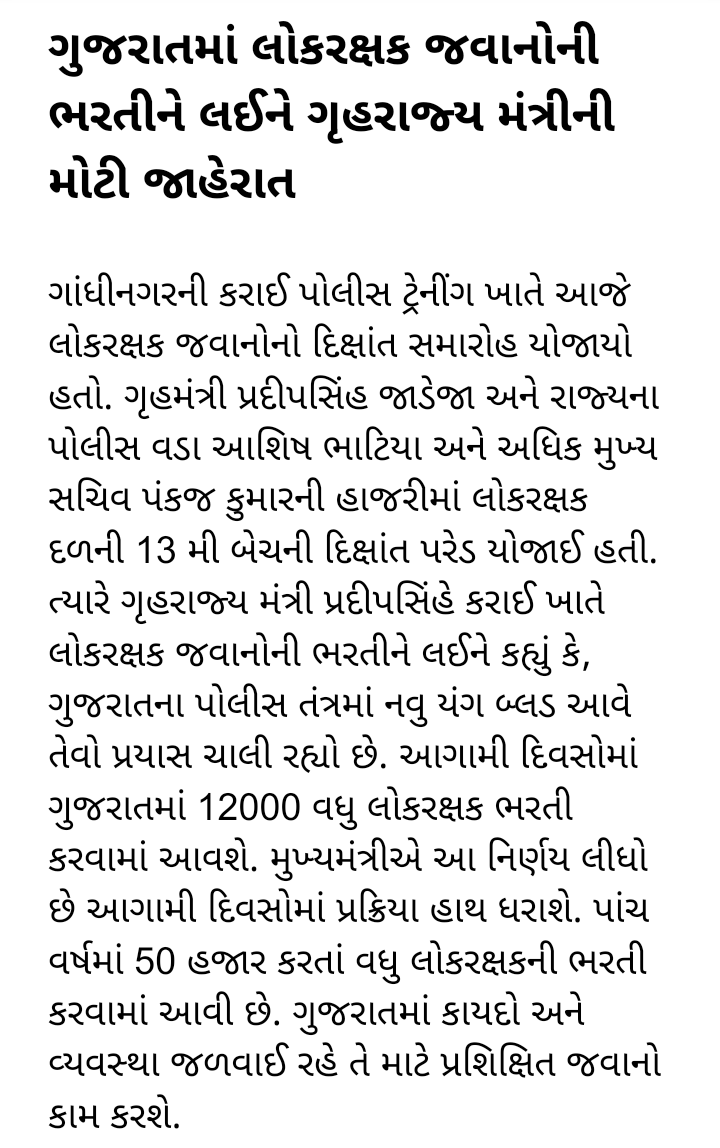 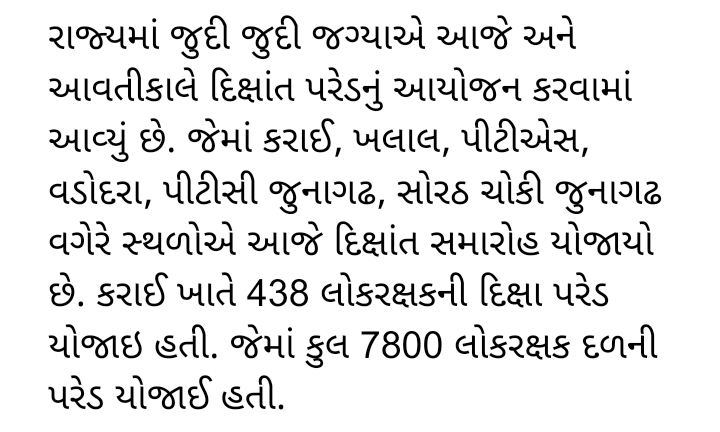 The convocation ceremony of Lokarakshak Jawans was held today at Karai Police Training in Gandhinagar. The convocation parade of the 13th batch of the Lokrakshak Dal was held in the presence of Home Minister Pradipsinh Jadeja and state police chief Ashish Bhatia and Additional Chief Secretary Pankaj Kumar. At that time, Home Minister Pradeep Singh said about the recruitment of Lokarakshak jawans at Karai that an attempt is being made to bring new young blood in the police system of Gujarat. 12000 more Lokrakshaks will be recruited in Gujarat in the coming days. The Chief Minister has decided that the process will be carried out in the coming days. More than 50,000 Lokrakshaks have been recruited in five years. He will be trained to maintain law and order in Gujarat.