Beranda » Breaking News » The world's largest zoo will be built here in Gujarat, a park will be set up on 280 acres

The world's largest zoo will be built here in Gujarat, a park will be set up on 280 acres

The world's largest zoo will be built here in Gujarat, a park will be set up on 280 acres 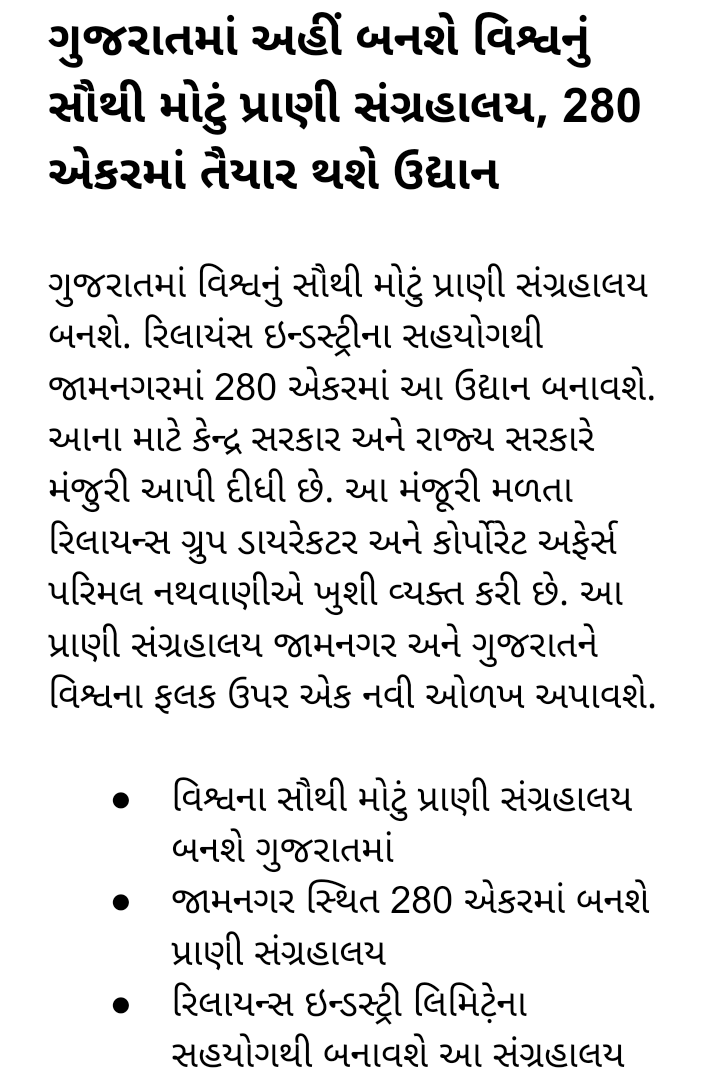 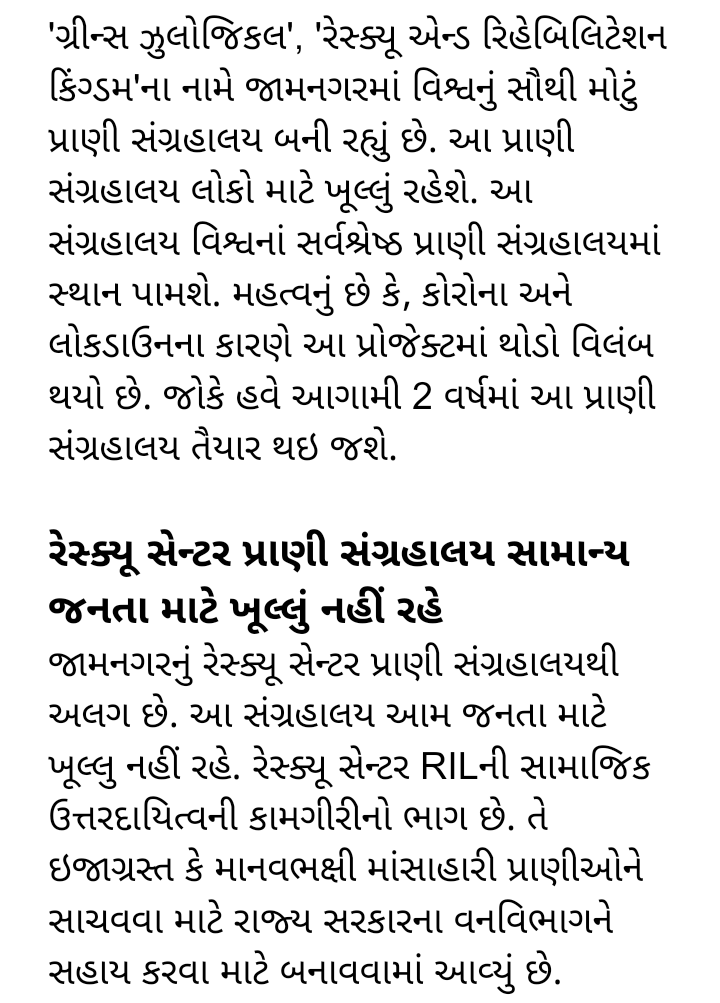 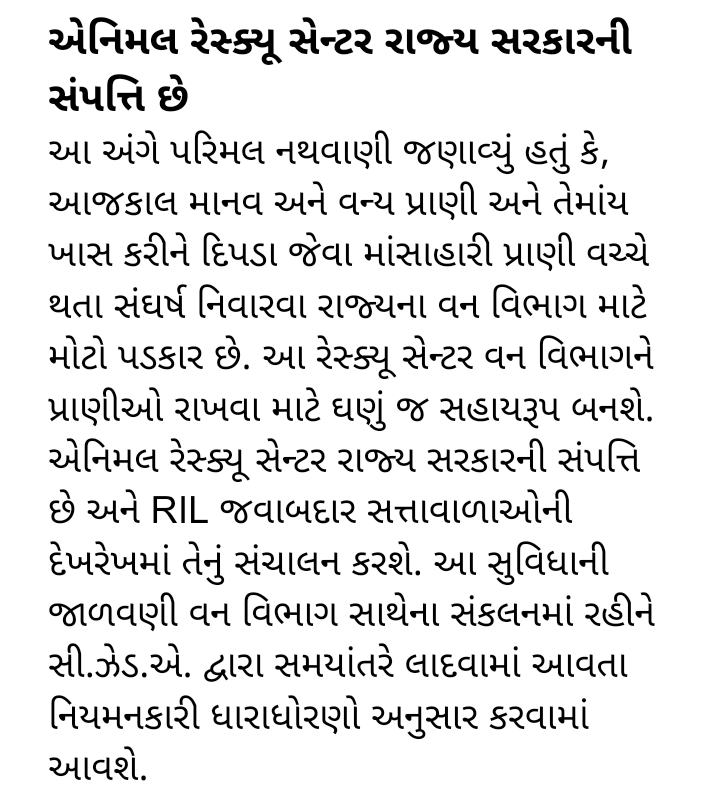 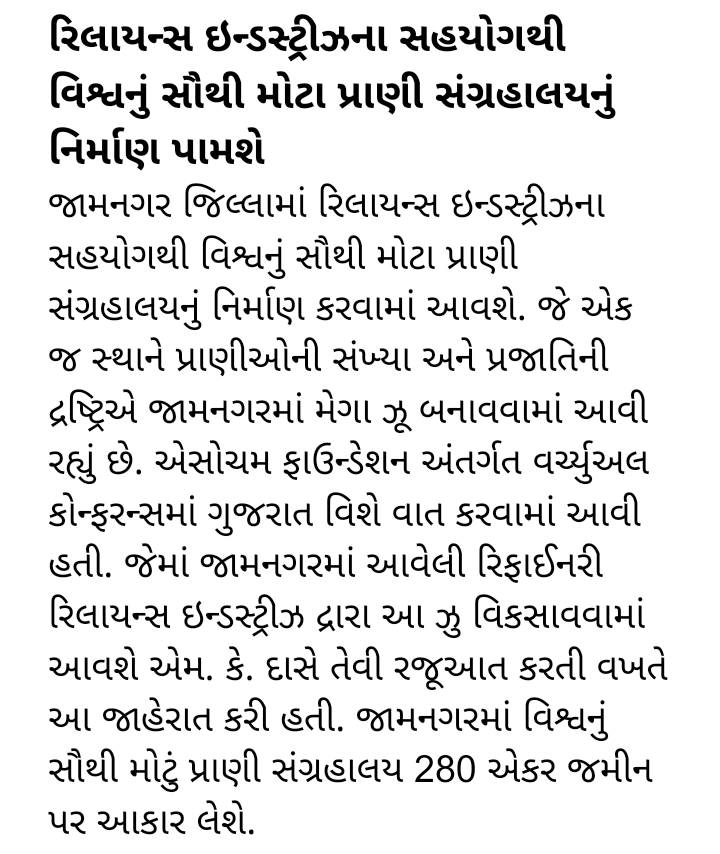 Gujarat will become the largest zoo in the world. The park will be set up on 280 acres in Jamnagar in collaboration with Reliance Industries. This has been approved by the Central Government and the State Government. Reliance Group Director and Corporate Affairs Parimal Nathwani has expressed happiness over the approval. This zoo will give Jamnagar and Gujarat a new identity on the world stage.

In the name of 'Greens Zoological', 'Rescue and Rehabilitation Kingdom', Jamnagar is becoming the largest zoo in the world. The zoo will be open to the public. The museum will be ranked among the best zoos in the world. Importantly, the project has been slightly delayed due to corona and lockdown. However now in the next 2 years, this zoo will be ready.

Jamnagar's rescue center is separate from the zoo. The museum will not be open to the public. The Rescue Center is part of RIL's social responsibility operations. It is designed to assist the state government’s forest department in saving injured or man-eating carnivores.

The Animal Rescue Center is the property of the state government

In this regard, Parimal Nathwani said that nowadays there is a big challenge for the state forest department to prevent conflicts between humans and wild animals and especially carnivores like pangolins. This rescue center will be very helpful to the forest department in keeping the animals. The Animal Rescue Center is the property of the State Government and RIL will operate it under the supervision of the responsible authorities. The maintenance of this facility is done in coordination with the Forest Department. Will be done in accordance with the regulatory norms imposed from time to time.

The world's largest zoo will be set up in the Jamnagar district in collaboration with Reliance Industries. A mega zoo is being set up in Jamnagar in one place in terms of the number of animals and species. Gujarat was talked about in a virtual conference under Assocham Foundation. The zoo will be developed by Reliance Industries, a refinery in Jamnagar. That. Das made the announcement while making such a presentation. The world's largest zoo in Jamnagar will take shape on 280 acres of land.