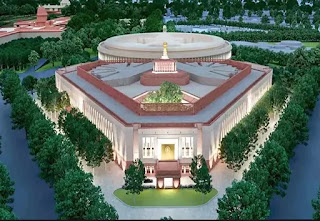 Prime Minister Narendra Modi is scheduled to pay homage to the new building of the Parliament House in Delhi today. Lok Sabha Speaker Om Birla had personally invited Prime Minister Modi for the event. He also said that in 2022, on the 75th anniversary of the country’s independence, we would begin the session of both the Houses in Parliament.

The new building will have an estimated 888 seats for Lok Sabha MPs and more than 326 seats for Rajya Sabha MPs. A total of 1224 members will be able to sit together in the Parliament Hall.

The new building will be made paperless 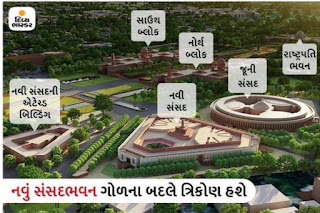 Specialty: The 75th Independence Day session will be held in the new building

The height of the new building will be the same as the existing building.

The earthquake resistant building will be triangular. Will look like 3 colored rays from space.

Why the new parliament building?

As the present Parliament House is hundreds of years old, it is in dire need of repair. Moreover, Parliament has reached its maximum seating arrangement. If we want to increase the number of seats in view of the growing population, it is imperative to build a new parliament building. Office space is limited here due to the old system. How many government offices related to Parliament and various ministries are located in different areas in Delhi, so it is a priority to have every office of each ministry here.

What is Central Vista? 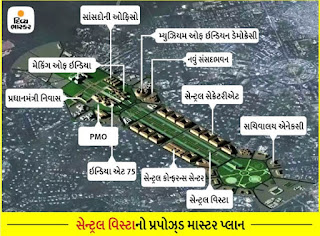 New Delhi, designed by British architect Edwin Lutyens in 1911, came into existence and the present Parliament House was constructed during 1921-27. The area from India Gate to Rashtrapati Bhavan was selected for renovation and renamed as Central Vista. This area of ​​New Delhi has been known by this name ever since. The Central Government has identified the area as the Central Vista Project, which is currently undergoing renovations, including the renovation of the old Parliament House and the construction of a new building.

Tata got the contract

Tata has won a contract to build a new parliament building. Rs. 865 crore will be spent. The new parliament will be built on state plot number 118. The entire project was designed by architect Bimal Patel. In addition to the new parliament under the project, 10 buildings will be constructed around India Gate, which will have 51 ministry offices.


Who is Bimal Patel?