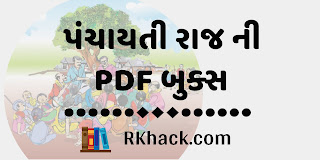 A three-tier structure of the Indian administration for rural development is called Panchayati Raj. The aim of the Panchayati Raj is to develop local self-governments in districts, zones, and villages.

Panchayati Raj is an important topic and questions are often asked from this section for the IAS exam. This article will provide you with evolution, various committees set-up for Panchayati Raj, salient features of the 73rd Constitutional Amendment Act, functions of Gram Panchayat, and other details regarding this topic for the polity and governance segment of the UPSC syllabus.

Rural development is one of the main objectives of Panchayati Raj and this has been established in all states of India except Nagaland, Meghalaya, and Mizoram, in all Union Territories except Delhi. and certain other areas. These areas include:

The Panchayati system in India is not purely a post-independence phenomenon. In fact, the dominant political institution in rural India has been the village panchayat for centuries. In ancient India, panchayats were usually elected councils with executive and judicial powers. Foreign domination, especially Mughal and British, and the natural and forced socio-economic changes had undermined the importance of the village panchayats. In the pre-independence period, however, the panchayats were instruments for the dominance of the upper castes over the rest of the village which furthered the divide based on either the socioeconomic status or the caste hierarchy.

The evolution of the Panchayati Raj System, however, got a fillip after the attainment of independence after the drafting of the Constitution. The Constitution of India in Article 40 enjoined: “The state shall take steps to organize village panchayats and endow them with such powers and authority as may be necessary to enable them to function as units of self-government”.

There were a number of committees appointed by the government of India to study the implementation of self-government at the rural level and also recommend steps in achieving this goal.

The committees appointed are as follows: