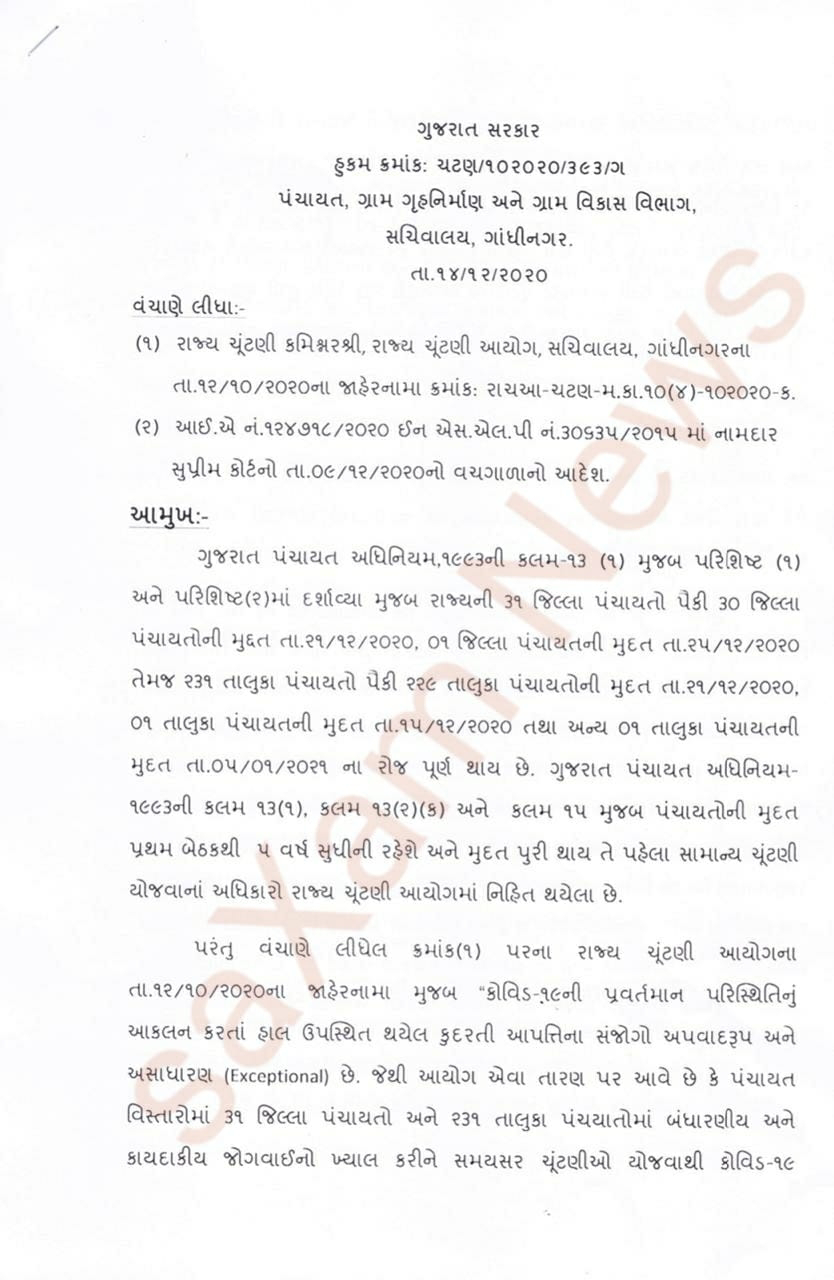 Facing an epidemic situation will have to hand over the responsibility of elections to the system and endanger the health and lives of the system as well as ordinary citizens. The system involved in the 15 epidemics will be disrupted and the ongoing campaign against the epidemic will be hampered.

Therefore, the general elections of the local bodies to be held in November 2020 have been postponed for the next three months, and after three months it will review the epidemic situation and decide to hold the elections. Name in detail of the number (2) taken from the sale. 5LP, .no under consideration in the Supreme Court. Interlocutory ^ application was filed in 30635/2015. The Hon'ble Supreme Court has given an interim judgment in the said Interlocutory Application from 08/12/2020, "Election of all local bodies shall be completed by the end of February 2021.

In the meantime, we are of the view that. the Chief Executive officer (whatever designation called in each local body) shall carry on necessary functions without taking any policy decision so that all local bodies will be smoothly run till the newly elected bodies take charges. We make it clear that as per the constitutional provision of article 243E and 243U the tenure of elected bodies is only for five years from the date appointed for its first meeting and no longer. After the expiry of the tenure in the month of December - 2020 it goes without saying that elected bodies shall cease to function and as submitted fresh steps for constituting the freshly elected bodies shall be undertaken within the time stated here above.

It is noted that as per the details given in Appendix-1) and Appendix (2), till the general elections of 31 District Panchayats and 21 Taluka Panchayats of the state expire, the District Development Officer and Taluka Acting Head of the concerned District Panchayat and Taluk Panchayat. The development officer will carry out the day-to-day operations but during this period policy decisions will be made. By order of the Governor of Gujarat and in his name, 1 / Del (with Ashish) Deputy Secretary Panchayat, Rural Housing and Rural Development Department, enclosure: Appendix 1 and 2,