New India Map Of All New State With Founding Date 2021

New India Map Of All New State With Founding Date 2021 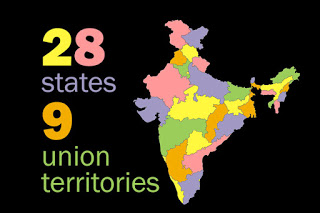 The new map of India was released by the Union Home Ministry.

The new political map comes two days after the state of Jammu and Kashmir was officially bifurcated into the Union Territories of J&K and Ladakh, in line with the August 5 announcement ending the special status of the state under Article 370.

On Friday, the Lieutenant Governors of the two UTs took the oath of office along with the Chief Justice of the Jammu and Kashmir High Court. Last week, the Union government appointed serving IAS officer of Gujarat cadre Girish Chandra Murmu as the LG of Jammu and Kashmir, and retired bureaucrat of Tripura cadre Radha Krishna Mathur as LG of Ladakh.

With the inclusion of J&K and Ladakh, here is the full list of UTs in India: