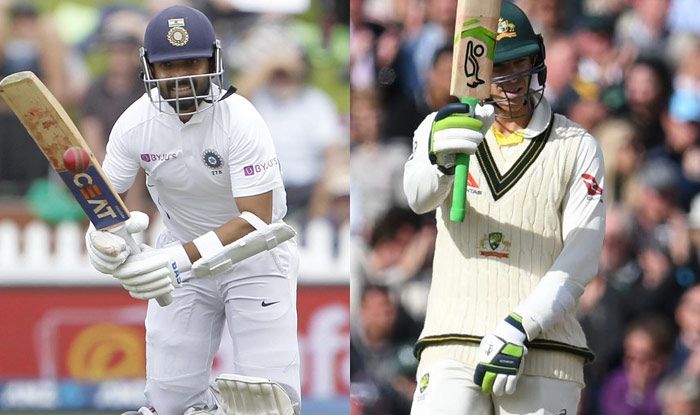 Hello everyone! And a warm welcome to our live coverage from the opening day of the second Test between India and Australia in Melbourne. India are sporting a new-look for this contest with a new captain in Ajinkya Rahane and two debutants in Shubman Gill and Mohammed Siraj. Seldom has an Indian outfit been at such difficult crossroads in recent years as it is in the aftermath of the humiliating defeat in Adelaide and Virat Kohli’s departure for the birth of his child. Also Read - Boxing Day Test: Rishabh Pant Does an MS Dhoni, Passes Advice to Ravichandran Ashwin to Dismiss Matthew Wade in 2nd Test Between India-Australia

But the good thing is that star-in-waiting, Gill, is ready to honour his team’s leap of faith in him when he makes his Test debut at the imposing Melbourne Cricket Ground. Likewise, young workhorse Siraj will step in temporarily to fill the void created by crafty Mohammed Shami’s injury and it will be about how Rahane, touted as a bowler’s captain, handles him. Also Read - Boxing Day Test: Steve Smith Falls to Ravichandran Ashwin's Trap During 2nd Test Between India-Australia

It’s not about the defeat but the manner of capitulation which can come back to haunt a side that’s not short on quality. The next few days will be a test of real character and it’s only fair that a strategic shift was on the cards. A couple of forced and an equal number of tactical changes was always on cards for the visitors as they take on Tim Paine’s confident men, spending Christmas without their families. Also Read - Boxing Day Test: Ravindra Jadeja-Shubman Gill Avoid Nasty Collision During 2nd Test Between India-Australia | WATCH

Gill’s languid approach and that extra second while facing fast bowlers, coupled with a way tighter technique than Prithvi Shaw, might just give the dressing room the confidence required in testing times. He will have the company of Mayank Agarwal, who would be wanting to do an encore, if not better, of his performance at a venue where he made his Test debut.

Similarly, Rishabh Pant, whose intent always provides way more assurance than a passive Wriddhiman Saha, is expected to play his fearless brand of cricket which is the need of the hour.